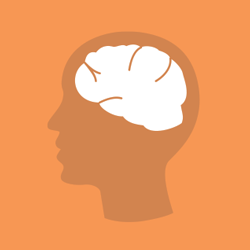 Almost all people with TSC have some signs of TSC in their brain. These changes may cause mild symptoms in some people and severe symptoms in others.

A term used by health professionals for things to do with the brain is neurology. Doctors who specialize in the brain are called neurologists. Epileptologists are a special kind of neurologist who specialise in treating Epilepsy. A neurosurgeon may be involved to determine if brain surgery is a possible treatment for an individual with TSC.

We rely on the generosity of  donors and fundraisers to publish these information pages and keep them up to date. Please support our work if you can so we can continue to provide life changing information and support to families like Harrison’s. Donate now.

TSC can cause the following changes in the brain:

Although these changes can be called tumours, they are not cancerous.

The following topics are covered separately:

Tubers are disorganised areas of the brain that contain abnormal, large brain cells. They are found on the surface of the brain sitting within normal tissue. These hard “lumps” are the reason for the name Tuberous Sclerosis. “Tuber” is Latin for swelling and “skleros” is Greek for hard. Tubers may be large and distort normal brain tissue. Tubers are best seen by magnetic resonance imaging (MRI).

Tubers develop along with the rest of the brain, so that the number of tubers in the brain of individuals with TSC stays the same throughout their life. You can have one tuber or 40! This also means that tubers can be seen as early as 20 weeks’ gestation on fetal MRI.

Tubers and the area of the brain around them (perituberal tissue), play a role in the development of seizures in TSC.

SENs are found in about 80% of people with TSC and they are believed to not cause any symptoms. The word ‘subependymal’ refers to the area below the ependyma (the membrane that lines the ventricles, or cerebrospinal fluid-filled spaces) of the brain. SENS are usually less than 1cm in diameter. SENs develop along with the rest of the brain but they can calcify with age.

If they have calcified, then SENS are visible on a Computerised Topography (CT) scan. If they have not, they may not be seen on CT images but will be seen on Magnetic Resonance Imaging (MRI).

Over time, some SENs can grow to form SEGAs.

Giant cell refers to the very large, abnormal cells that are found with microscopic examination of the tumour. Astrocytoma refers to the type of tumour based on the most prevalent cell type astrocytes which are the supportive cells accompanying the billions of neurons (nerve cells) in the brain.

SEGAs are usually found in the ventricles in the brain. Ventricles are natural spaces deep inside the brain filled with a clear fluid called cerebrospinal fluid (CSF). SEGAs are non-cancerous tumors, meaning they do not metastasise (spread to other parts of the brain or invade the body). Even though they are not cancerous, SEGAs can be problematic because they may grow sufficiently large to block the flow of CSF within the brain, causing an increase in the pressure within the head and enlargement of the fluid-filled ventricles (a process known as hydrocephalus). This build up of pressure within the brain can cause people with TSC to be very unwell with headaches, nausea, vomiting, lethargy and changes in appetite, behaviour and mood. Up to 25% of individuals with TSC will develop a SEGA. SEGAs mostly grow during childhood with the chance for growth decreased after the age of 25. However, in rare patients with TSC2 gene mutation, SEGA can still develop after the age of 25.

Typically, SEGAs are very slow growing, but occasionally they may begin to grow more rapidly. It is not known what triggers the growth of a SEGA or why some individuals with TSC have a SEGA, whereas others do not.

Brain surveillance is important because it can lead to early detection and treatment of SEGAs. Each person with TSC should have an individual management plan developed with their medical team that uses these guidelines as a starting point.

Tubers are sometimes surgically resected/core removed as a part of epilepsy treatment. More information is provided here. SENs do not cause symptoms and require no treatment.

Growing Subpendymal giant cell astrocytomas (SEGAs) require treatment. The main treatment options are:
• mTOR inhibitor medicines, which are considered when there are no symptoms or signs of blockage of the fluid inside the ventricles of the brain.
• Surgery is required when medical treatment fails or patients present with a large SEGA blocking the fluid flow.
• Often mTOR inhibitor is used prior to the surgery to reduce the size of the SEGA to ease the surgery.

Because SEGAs are a benign tumour, radiation should not be used to treat this type of brain tumour.

Everolimus is marketed in Australia as Afinitor. This medicine is approved for use in Australia to treat SEGAs associated with TSC in individuals for which surgery is not an option.

Do SEGAs grow back after treatment?

If a SEGA is completely surgically removed, that SEGA will not regrow. However, there have been numerous cases in which neurosurgeons are unsuccessful in the complete removal of a SEGA or in which another SEGA began to grow at a different location after the initial SEGA was removed. In such instances, the remaining or new SEGA will require treatment at some point in the future.

Medical reports and a clinical trial showed that SEGAs do regrow if mTOR inhibitor medicine treatment is stopped. It is not known if long-term treatment with an mTOR inhibitor will eventually result in the complete reduction in the SEGA or prevent future regrowth.

We rely on the generosity of  donors and fundraisers to publish these information pages and keep them up to date. Please support our work if you can so we can continue to provide life changing information and support to families like Harrison’s. Donate now.

Parts of this web page have been adapted with permission from copyrighted content developed by the TSC Alliance (tscalliance.org)