Home » Our Stories » All about kidneys – Cooper’s story

Told by his mum Naomi in conversation with TSA volunteer Todor Arsov, (September 2017)

“Cooper has been treated for high blood pressure since he was five years old. At that stage the doctors were describing his MRIs as ‘spectacular’ but in a bad way. We were told that by the time Cooper is a teenager, he would be on dialysis and need a kidney transplant,” says Naomi, Cooper’s mum.

Approximately 80 percent of people with tuberous sclerosis complex (TSC) develop kidney angiomyolipomas (AMLs) and about 20 percent have kidney cysts. In up to five percent of people with TSC, the kidney cysts are due to a co-existing second genetic condition called polycystic kidney disease (PKD). The cause of this is a loss of DNA that deletes both the gene involved in TSC and the adjacent gene involved in PKD. This condition is known as TSC2/PKD1 contiguous gene syndrome.

Cooper is 16 years old and lives with his mum Naomi and younger sister and brother in regional NSW. His story is special because, in addition to TSC, he also has PKD.

When Cooper was diagnosed with TSC at five months, the early kidney ultrasound showed some changes in Cooper’s kidneys but they were considered part of the usual kidney involvement in TSC. What worried Naomi was Cooper’s tummy. Like other babies, Copper was born with a big, extended tummy which became more extended over time. Naomi pushed the physicians for another ultrasound at one year of age, which showed enlarged kidneys with many cysts. At this stage Cooper was diagnosed with his second genetic condition – polycystic kidney disease (PKD).

Cooper’s physical development was not very delayed; he crawled by nine months and was walking by 15 months. However, he was very delayed, cognitively. At the age of two he was mentally still a baby. For the first five years of his life the biggest concern was seizure control. He went to early intervention pre-school, then to a normal school but, socially and cognitively, he was very delayed and remained non-verbal. Like many people with TSC, Cooper also had some behavioural difficulties, particularly with medical professionals. He didn’t like it when they spoke about him in his presence. He didn’t like to be touched and would get very aggressive with the ultrasound staff, which is why monitoring of his kidneys was continued using MRI.

“At that stage the doctors were starting to say that, with medications, we could control the seizures and his development would go ahead, but the biggest problem for Cooper would be his kidneys. Cooper was very uncooperative with the ultrasounds and at that time we started having kidney MRIs. They used to describe the MRI findings as ‘spectacular’ in the bad way: the kidneys were very enlarged and full of cysts, with very little normal kidney tissue. We were told that by the time he is a teenager, he would be on dialysis,” says Naomi.

When he was seven years old, Cooper was diagnosed with a subependymal giant cell astrocytoma (SEGA), a non-cancerous tumour in the left ventricle of his brain causing hydrocephalus. Luckily, the SEGA in Cooper’s case was detected on a routine MRI monitoring scan and he didn’t have symptoms. The medical team looking after Cooper decided to operate and remove the tumour. However, the SEGA was embedded deeply in his brain and they could only remove half of it. Soon after this, the SEGA started growing again and it was at this time that Naomi was offered the chance to enrol Cooper in a clinical trial of a drug called Everolimus. Initially, it was a very big commitment involving a lot of medical check-ups, frequent blood tests and MRIs as part of the trial. Cooper was also quite ill the side effects of the drug but, after an initial period of about 12-18 months, the side effects subsided, and the treatment brought many improvements in Cooper’s condition.

“Cooper began taking Everolimus in 2009 when he was eight years old and he is still on it. It has been a wonderful drug for him. The drug was indicated to treat the brain tumour (SEGA) and it shrank, but the other effect it had was on his kidneys. The doctors can’t understand how or why but his kidney function remains perfectly normal. They put it down to the continuous use of the drug. Also, the drug has had effect on his cognitive ability, speech and social confidence. He looks at his doctors now and has conversations with them. He also acknowledges my friends and engages with them.”

Cooper is in Year 10 in a support class at his local high school. Since puberty, he has grown and matured a lot, talks about getting a job, moving out of home and living an independent life. He’s started playing golf, and is good at it. He continues to take Everolimus. His kidneys are not getting worse and continue to function normally. His blood pressure is controlled well with medications and Cooper works with his doctor to achieve 100 percent control of his seizures.

“One day, Cooper would like to live independently and have a wife and family. He never used to talk about these things and now he does. I am not sure whether this will ever happen but I am glad he is now able to consider these things,” says Naomi with a sense of pride in Cooper’s achievements.

“You can’t go by everything they tell you in the beginning. We are having a very different child to the child we were told we were going to have when we received the diagnosis. The new drugs that have come through are doing an amazing job,” says Naomi.

“I try to take one thing at the time and face each issue as it comes. You just can’t know everything at once and you have to separate your head logic from your heart logic. One day Cooper may need a kidney transplant but that day has been pushed back and that is good …,” concludes Naomi.

Editor’s note: One of the challenges with mTOR inhibitor medicines is that research has not yet examined their effect on all aspects of TSC. Everolimus (Afinitor) is only approved in Australia for SEGA brain tumours and kidney AMLs. Read more on our mTOR inhibitors information page. 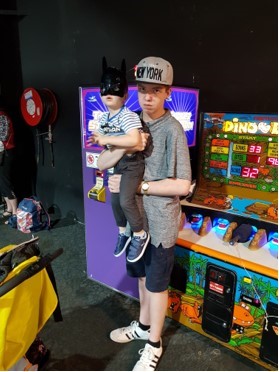 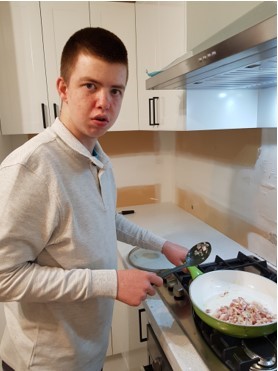 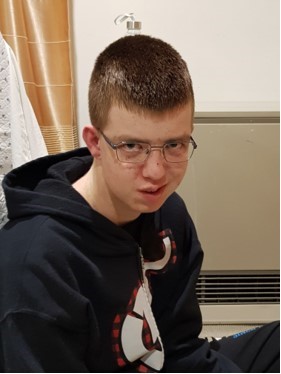 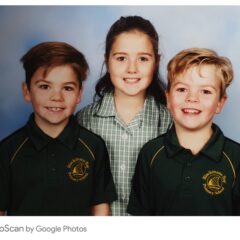