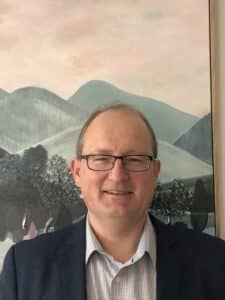 Dr Nicholas (Nick) Smith, Head of Neurology at the Women’s and Children’s Hospital in Adelaide, South Australia had been confirmed as the recipient of the 2020 Elizabeth Pinkerton Memorial Award.

Members of the Australian TSC Community nominated Dr Smith for the award.  He was recognised in particular for the information, advice, alternative options and assistance he has provided to TSC families, giving them confidence as parents to tackle the challenges of the disease.

Dr Smith said he was most honoured to have been nominated by members of the TSC community and considered it a great privilege, in conjunction with dedicated clinical colleagues, to work with and help support the children and families living with TSC, who they meet through their service. He said the families are always a source of inspiration.   Dr Smith thanked the Committee and those who had nominated him.