My daughter Emily has tuberous sclerosis complex (TSC) and turns 18 this year.

Emily was my third child so I thought I knew what to expect. When I was pregnant, living on the NSW far south coast, I would feel my stomach shudder and told the doctors something wasn’t right, my stomach would shake violently. After Emily was born, doctors suggested I had ‘new mother issues’ or that Emily was ‘growing into her nervous system’. Emily stopped meeting milestones by around three months of age. This coincided with us starting to see infantile spasms which first started as high pitched squealing and unusual body movements. This was seventeen years ago and it took a lot to convince the doctors something was wrong. When she was four months old we first saw our paediatrician and he immediately knew exactly what was going on. We had to wait until she was seven months before her official diagnosis with TSC.

Emily stopped meeting milestones by around three months of age. This coincided with us starting to see infantile spasms which first started as high pitched squealing and unusual body movements. This was seventeen years ago and it took a lot to convince the doctors something was wrong.

The specialists handed me an old copy of the TSA newsletter and said ‘good luck’. From there it was up to us to navigate it all. The first person I spoke to was a TSA volunteer and if it wasn’t for her pep talk, we wouldn’t be where we are today. She let me have a grizzle on the phone and feel sorry for myself and then basically said “are you finished?” Then she told me how it could be and what I had to do to find the answers to give Emily a great life as a functioning member of society. I found hearing about this family’s experience then, and for the years that followed, helped us understand what to expect, as they had an older daughter who was very similar to Emily in many ways. Through this phone call, we lost our fear and found our fight.

What followed was a whirlwind of finding out how TSC was going to manifest in Emily. We know now that Emily has all the ticks in all the boxes for TSC signs and symptoms, including SEGA brain tumours, kidney AMLs and polycystic kidney disease. At that stage there was no DNA testing for TSC, but we have since participated in a research study that found a mutation on her TSC2 gene.

Throughout Emily’s childhood we have travelled from our home to the Children’s Hospital in Sydney and then moved to the Sydney TSC clinic team when Emily was teenager. Moving into the clinic was the best decision as we now have access to deep expertise and we like to help the others through that clinic as well.

Emily has a superior intelligence that we just don’t understand. She has a wicked sense of humour, better than many world-famous comedians. She brings us out of our worst moments with her ‘never say die’ attitude. I think of Emily as being too good for this world, although we do bring her down a few pegs when she pretends she can’t dress herself or feed herself as she often does with a new support worker. And she beats me at Fruit Ninja, a game she plays on her iPad!

I have found that Emily’s biggest disability is often me. When I do too much for her, Emily’s abilities go down. I had to step back and say I am not the best person to teach her or care for her. I have had to trust in the education system and focus on driving the system to deliver the best outcomes for her. For example, I am advocating for her to get the best NDIS funding package possible for her to meet her goal of living independently, with support, by the age of 25. I have had to learn that I am not the best person to guide Emily through life. It takes a whole village to raise a girl like Emily. She needs a lot of brains to help her navigate this world, rather than me just muddling through. So I focus on getting the right people around her to help Emily be the best Emily she can be.

Emily has TSC, but it doesn’t define her. TSC is what she has, but it is not who she is. 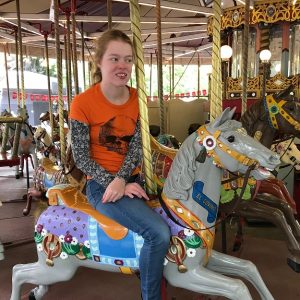 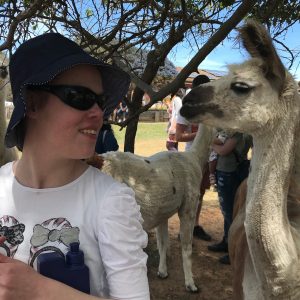 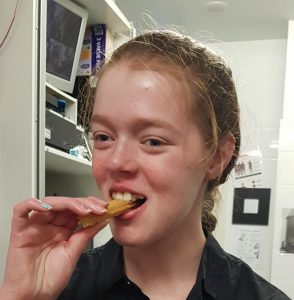 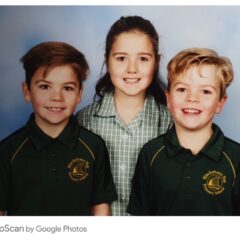 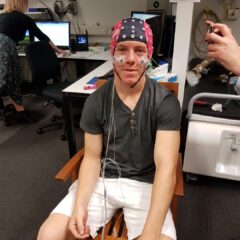