Based on an interview with Bella, Queensland (April 2020)

Bella is 30 and lives in Queensland. Bella was diagnosed with TSC when she was just 8 months old as a result of her parents noticing some seizure activity in their new baby. The seizures continued until she was 5 years old and then she had many years where her life was largely unaffected by her TSC. As advised by her health professionals, Bella continued to undergo regular scans and tests, particularly to monitor the tumours in her kidneys and lungs.

In her mid-twenties the symptoms of TSC in her kidneys and her lungs became more pronounced and in 2016 one of her kidney tumours ruptured. At that point, her kidney specialist recommended that she start treatment with everolimus. The everolimus made her feel very tired and also impacted her immune system. In what she describes as the “horrid year” in which she was on this treatment, Bella felt that she was always tired or sick and it started to have a negative impact on her day to day life. When it was also discovered that the growth of the tumours had not been stopped as much as the doctors hoped, Bella was advised to stop taking everolimus, which she was happy to do. She switched instead to sirolimus.

Bella has now been on sirolimus since 2017, with periodic small increases in dosage. Her kidney function is currently relatively stable. She has scans every 18 months and these have shown that, whilst the tumours in her kidneys have not shrunk, they have stopped growing. Her lung function testing has also shown a distinct improvement. “I do notice a difference since I started taking sirolimus. Generally, I just feel like I can breathe a whole lot better and, when I get the scans, I can see things are stable. I feel the fact we’ve got these treatments available to us now is a nice, positive thing. Even though there still isn’t a cure for TSC, at
least we have another way to manage things,” says Bella. The sirolimus appears to be stopping the growth of her tumours and so long as this continues, she says she will stay on the treatment. “I’ll probably be on the sirolimus for life, but then, who knows what other advances there might be in medical research in the future?”

Just as with the everolimus, Bella finds that sirolimus still has a negative impact on her immune system, making her more susceptible to colds, flus and other illnesses. Because it is a slow acting treatment, if she is particularly sick and wants to give her immune system a boost, Bella will notify her specialist and stop treatment for a short time. This is just one of the many ways in which she has tried to take a very active role in her own health and welfare. She has also told her co-workers about her condition so that they can do their best to help her stay well and, if one of them is sick and she avoids them, they know it is nothing personal! Bella is also very conscious of good hygiene practices and admits that she can be somewhat obsessive when it comes to washing her hands.

Another possible side effect of the sirolimus is the frequent migraines she now suffers, but she feels she is able to manage these.

Bella wants to live her life as fully as possible. Despite her TSC and her lung issues, four times per week she participates in Strongman, a strength sport, which involves lifting heavy weights and using a variety of tasks which test pure strength. She fell in love with this sport about three years ago and even competes on a local basis. She has made sure her coaches are aware of her health issues so that neither they, nor she, push herself beyond her capabilities.

Whilst acknowledging that not everyone on sirolimus will feel the desire to participate in a sport as adventurous and demanding as Strongman, Bella offers the following advice to those considering mTOR inhibitor treatments: “Be aware that it may lower your immune system and that you may experience more sickness, but also be aware that you can take preventative measures to help this.” 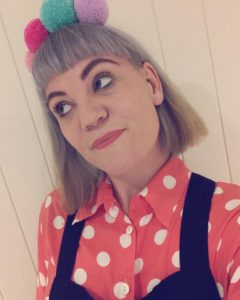 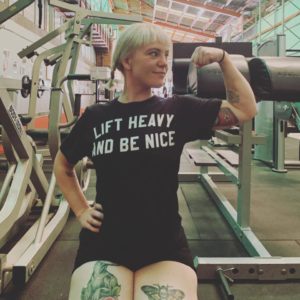